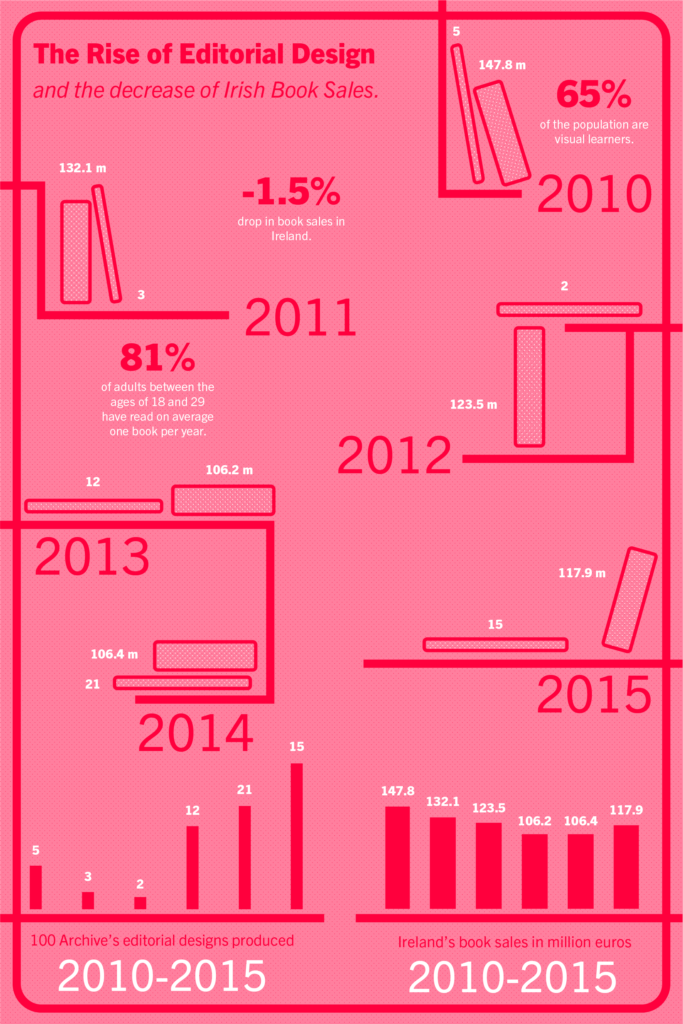 It appears that we are living in a generation of visual learners. Based on statistics, 65 per cent of the population are visual learners, and it seems to be growing in numbers each year. Based on the 100 Archive data tool, it is apparent that there has been an increase in the production of editorial designs such as magazines, zines and journals from the years 2010 to 2015. Interestingly, there seems to be a direct correlation between the rise of editorial design and the decreasing amount of book sales in Ireland during the same timeframe. It is apparent that as we grow as a country and world as visual learners, that the market for reading will decrease over time and instead be replaced with editorial designs, increasing our need for designers and artists. This gives us a chance to grow in the market of editorial design and to look at this change as an opportunity for collaboration between writers and designers in the future.