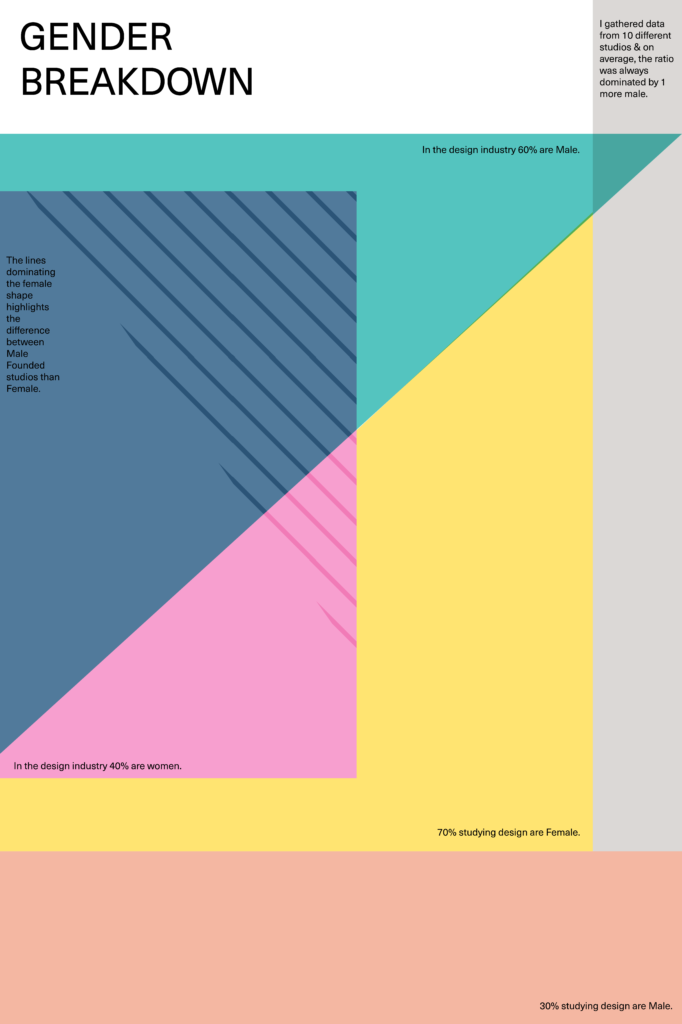 I chose to look at the disparity between males and females in the Irish design industry. Data was gathered from 10 small to medium design studios located around Dublin with no more than 15 designers, chosen at random. This allowed me to analyse the role of each designer within the studio and the difference in the number of male and female creatives and to see who held leadership positions or founded these companies.

Upon gathering the data, it was noted that on average there was always one more male in the studio and no studio, gathered in my data, was founded by a female. This can be compared to the data on the number of females studying graphic design in comparison to the amount represented in the design industry. The ratio of women to men in design education is 70:30, in comparison to the ratio of 40:60 in the design industry.

The visual approach was to be quite different and move away from tradition. I chose to visualise the graph in the abstract by creating intertwining, colourful shapes representing different pieces of data. This approach complemented the information collected because there was an overlap in the data found.